The 7th Design Intelligence Award 2022 has entered the countdown stage - “Call for Entry", and the public registration will close on July 8. As the number of submissions from around the world is rising, DIA is attracting a high level of interest and participation from both inside and outside the industry.

To respond to the great expectation, the list of the first batch of experts is officially announced today! We will continue to announce the list of experts for DIA 2022 nominations in four phases (see the end of the article for the specific date of publication). Please stay tuned.

Senior professionals, academic leaders and industry elites from various professional fields will serve as “Talent Scouts", and issue the "special pass" for you to go straight to the finals. Now contact the “Talent Scout" you know and ask him or her to nominate your entries! 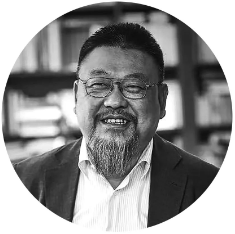 He was Vice President of Shih Chien University (2008-2017) and President of Taiwan Industrial Design Association. In 1992, he founded the Department of Industrial Product Design and served as the first head of the Department (1992-1999); In 1997, the School of Design was established and he served as Dean of the School (1997-2004); During this period, he founded the Institute of Industrial Product Design and served as the director (1998-2007). He has been invited to serve as a judge of many well-known design competitions in China and abroad, and has also served as a design consultant for several companies. 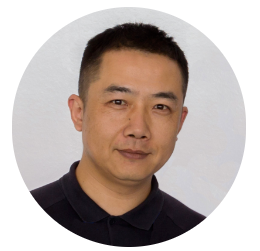 Professor of China Academy of Art, Doctor of Art, Doctoral Supervisor. He is currently the vice president of China Academy of Art, the Party branch secretary and associate dean of School of Design & Innovation, CAA, a member of expert committee of Center For Chinese Font Design and Research, the deputy chief editor of the Visual Communication Design branch of The Encyclopedia of China, a young and middle-aged academic leader of Zhejiang Province, and a member of Chinese Artists Association. He was the chairman of China International Poster Biennale, the dean of Visual Communication Design Department of China Academy of Art, and the Party branch secretary and associate dean of Shanghai Institute of Design, CAA 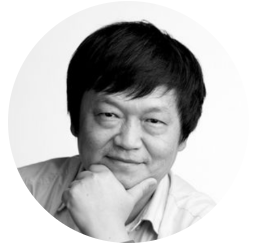 Chairman of Academic Committee of School of Design, Hunan University 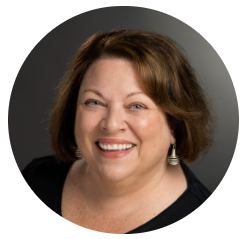 Dr. Lorraine Justice, honorary dean of the College of Art and Design, Rochester Institute of Technology and professor of Industrial Design, fellow of Industrial Designers Society of America, former dean of School of Design, Hong Kong Polytechnic University (2004-2011), consultant of government and design education in Universities, and consultant for multinational companies with different culture backgrounds. She often gives speeches on the trend changes of products and services in the design field. Before teaching in the university in 1989, she worked as a designer in an American enterprise. She is the author of The Future of Design, Global Product Innovation for A Complex World (2019) and Design Revolution in China(2012). 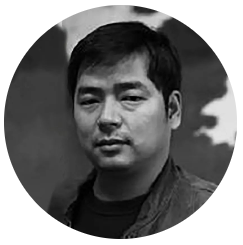 Dean of School of Design, Hunan University, member of the 8th Design Discipline Review Group of the State Council, secretary-general of the Teaching Steering Sub-Committee of Industrial Design of the Ministry of Education, secretary-general of the Intangible Cultural Heritage (Cultural Creation) Alliance of the Ministry of Education, distinguished professor of Changjiang Scholars Program (2020), expert of Culture, Science and Technology and Modern Service Industry Planning of the Ministry of Science and Technology, director of Key Laboratory of Digital Cultural. Creativity and Intelligent Design, Ministry of Culture and Tourism. 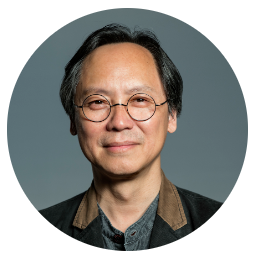 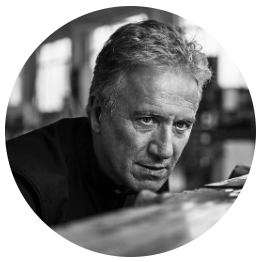 Master of Industrial Design in France

Mr. Patrick is a famous French industrial design master, scientific and technological innovation expert and inventor. He owns 68 patented inventions in industrial science and technology and 150 product design patents, of which dozens have won international patent awards. Mr. Patrick, as a distinguished expert of the French government, is a member of the French government's expert think tanks in the strategic economic development fields such as ecological environment protection, industrial science and technology innovation, new material invention and recycling. He has made great contributions to the ecological protection of France and Europe. In 2016, he visited China as a member of the delegation of experts from Satakunnan, Finland and was received by Zhang Jianguo, director of the State Administration of Foreign Experts Affairs of China.

Professor Yongqi Lou has committed himself to the practice, education and research of social innovation and sustainable design for a long time, actively explored the new missions, new roles, new methods and new tools of design in the new era, and applied "design-driven innovation" to urban-rural interaction, industrial transformation, innovative education, community building and policy research. He was a member of the Executive Committee of World Design Organization (WDO). At present, he serves as vice president of China Industrial Design Association, secretary general of the 8th Design Discipline Review Group of the State Council and other academic positions at home and abroad. He has won the Knight First Class of the Order of the Lion of Finland, DDF Award and the Gold Medal of 70 Chinese Designers for the 70th Anniversary of the Founding of the People's Republic of China. 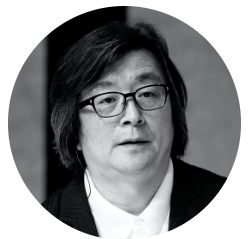 He has served as Chief Design Officer (CDO) of LG Electronics Design Center, professor of Industrial Design Department of Korea Advanced Institute of Science and Technology and director of Human-Computer Interaction Laboratory for more than 30 years. Lee has participated in the establishment of International Association of Societies of Design Research (IASDR) and served as its chairman. He is a pioneer in design survey, user experience design and user-centered design in Asia. 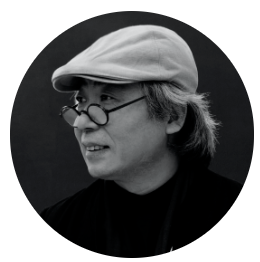 Professor and doctoral supervisor. He is an art practitioner and design promoter who devotes himself to the continuous update of knowledge, an innovative educator who pays attention to new disciplines of design and enlightens new academic ideas, and always promotes the sustainable development of art design from the perspective of global thinking, the national top-level strategy and the systematic research of socialization issues. 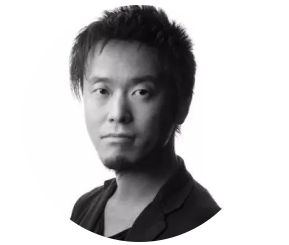 Eisuke Tachikawa is a design strategist who pursues multidisciplinary design methods and devotes himself to stimulating social innovation by organizing activities. He led innovative design in science and technology, education, local industries, etc. His works have won many international awards. He was also appointed by the Japanese government as the conceptual director of the Japan Sports Promotion. He is currently a teacher at the Graduate School of System Design and Management, Keio University. He has a degree in architecture from Faculty of Science and Technology, Keio University. 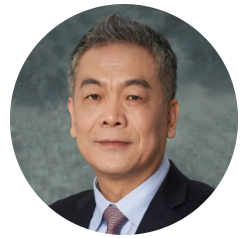 He has been engaged in the management of light manufacturing for a long time. He used to be vice president of China National Light Industry Associations, chairman of China Horologe Association and China Arts and Crafts Society. He has also served as a member of the Review Board of China Quality Award, the Review Board of Vocational Education and Continuing Education Textbook of the Ministry of Education, the Review Panel of "Great Country Craftsman” Person of the Year of All-China Federation of Trade Union, and the deputy director of the 7th Working Committee of Chinese Arts and Crafts Masters. 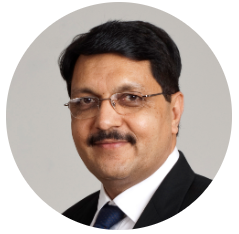 Member of WDO Board of Directors, Former Director of National Institute of Design

He graduated from Indian Institute of Technology with a master's degree in industrial design and was former secretary general of India Design Council. In 2015, Vyas was awarded the "Outstanding Contribution Award for Education" by the World Higher Education Conference; In 2017, he was awarded the "Lifetime Achievement Award" by Times Education Icons in recognition of his pioneering contribution in design education and design promotion. 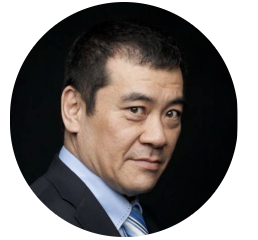 Member of Executive Committee of The International Council of Societies of Industrial Design, founder of Makoto Watanabe Architectural Office. He once served as a designer of NSK. Known as "Monster Designer”, he is focusing on the research and application of industrial design, design management and design output system. He has participated in projects including the cooperative research fund of Kowa Company Limited, the joint research fund with Carpoly Cosmetics, and the project of analyzing the design image of industrial production robots of Hyundai Heavy Industries. 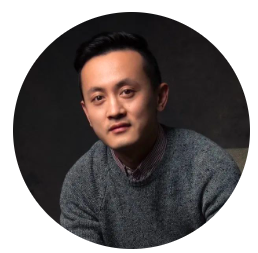 He is leading a design team to serve hundreds of millions of consumers around the world, and he is focusing on theoretical research and design practice in fields such as Internet product design, brand design, service experience and intelligent design. For many years, he has been advocating a prosperous design ecosystem and maximizing the commercial value through design. He is dedicated to promoting the development of user experience design in China. 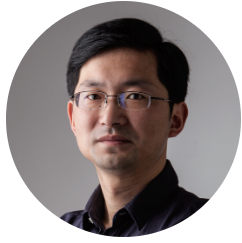 President of Nanjing University of the Arts

Please stay tuned the list of experts for DIA 2022 nominations: