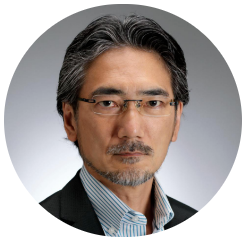 Graduated from Waseda University in Tokyo, Japan and School of Science and Engineering, Art Center College of Design, USA. In 1990, he joined GK Industrial Design Inc. as a director. He is an industrial designer who is active in the fields of industrial machinery, public facilities and consumer goods by adopting the methods of "Combining Technology with Art" and "Structure Makes Real Form". His works has be granted multiple design awards such as Grand Prize, Gmark Award and IF Award. 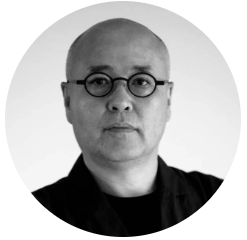 Dean of School of Design, China Academy of Art

Professor, doctoral supervisor, member of Alliance Graphique Internationale (AGI), member of academic committee of Shenzhen Graphic Design Association. His design works has won more than 100 awards at home and abroad, and has been collected by the V&A Museum, UK, Museum of Art and Design Hamburg, German and other institutions. He has served as a judge for the National Fine Arts Exhibition, Graphic Design in China, Golden Pin Design Award (Taiwan), Macao Graphic Design Biennale, China International Poster Biennale, etc. 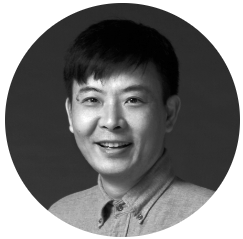 As a professor and doctoral supervisor, he has won the titles of candidate of the New Century National Hundred, Thousand and Ten Thousand Talent Project, National Young and Middle-aged Experts with Outstanding Contributions, Famous Cultural Artist of the Publicity Department of the Communist Party of China and “Four Batches” Talent, Chongqing Academic and Technical Leader, First Batch of Literary and Art Workers Endowed with both Virtue and Artistry in Chongqing, etc. He also served as a member of the Steering Committee of Design Education in Colleges and Universities of the Ministry of Education, a member of the Industrial Design Art Committee of Chinese Artists Association, a director of China Industrial Design Association, the vice chairman of Chongqing Artists Association, and the chairman of Chongqing Industrial Design Association. He has won 4 national awards and 11 provincial and ministerial awards such as the First China Art Creation Award and the Gold Award of the National Fine Arts Exhibition. He has undertaken more than 10 sub-projects of major bidding projects of the National Social Science Fund, projects of the General Armament Department of the People's Liberation Army, and design projects of major national celebrations for the 70th Anniversary of the Founding of the People's Republic of China, published 5 academic works, and more than 20 papers and works in People's Daily and the journal of ZHUANGSHI. 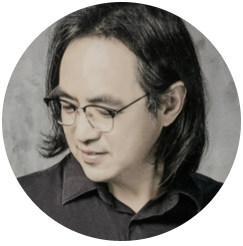 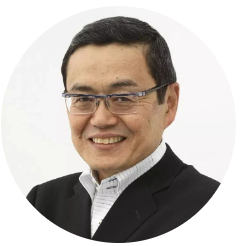 After graduating from the industrial design department (now design science )of Chiba University in 1969, he joined the design department of Toyota Company. From 1992 to 1997, he served as executive vice president of Calty Design Research, Inc. (California, USA). In 1997, he returned to Toyota First Design Department and was responsible for the design of luxury series including Lexus LS, IS, Crown, Mark 2, Brevis and Verossa, and served as the head of the department. Since 2001, as senior general manager of the Design Center, he has overseen all the design work of Toyota and its subsidiaries, and helped Toyota establish its design concept. In 2004, he was appointed president and CEO of Tecno Art Research, a subsidiary of Toyota Design Group. From 2013 to June 2014, he served as a consultant of Toyota. Now he is the consultant of Shanghai Styling Center of Toyota Motor R&D Center (China). 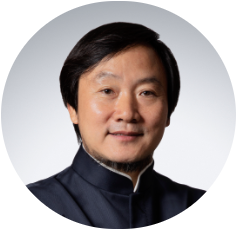 Professor and doctoral supervisor. He is the president of Beijing Institute of Fashion Technology and academic leader of art and design, and was selected as "Great Wall Scholar" of Beijing municipal universities. His main research direction is visual culture and graphic design research. He has presided over and participated in many national, provincial and ministerial projects, and his design works was selected into the 11th and 13th National Fine Arts Exhibition, and won the Outstanding Contribution Award of Chinese Design and Outstanding Contributor of Advertising Art Education. His works won the Gold and Silver Prizes of "China Star”  National Design Award. 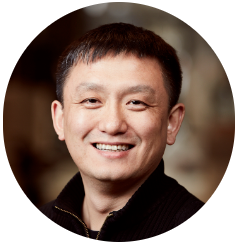 Mr. Jiao has worked in the fields of design consulting, design research and design management for many years, with unique insights and rich experience in design strategy and planning in industries including automobiles, science and technology, consumer electronics, medical and health care and FMCG. He is especially good at leading cross-disciplinary innovation teams to carry out product innovation and development based on user experience, culture and market insight. Jiao obtained a master's degree in industrial design from Tongji University and a master's degree in MFA from Ohio State University, US. He has served as associate professor and graduate student supervisor in the Department of Industrial Design of California College of the Arts, manager of Philips China Design Center, general manager of Radius in China, an American design company, and judge of iF International Design Award. 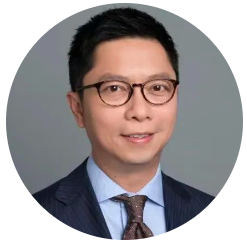 Mr. Sherman Lee is the CEO of Forbes China. He is a senior member of the Hong Kong Institute of Certified Public Accountants and CPA Australia. He has over 30 years of experience in accounting, finance and investment. Lee received a bachelor's degree in business in Australia in 1992, majoring in accounting. After graduation, he worked in auditing and business consulting services at Ernst & Young Certified Public Accountants. Since 2000, he has served as CFO, executive director, independent non-executive director and CEO in many institutions including Hong Kong listed companies and Hong Kong asset management companies. 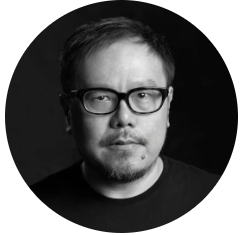 Vice chairman of the Design Alliance Asia and chairman of Hong Kong Federation of Design and Creative Industries. He has been engaged in design and artistic creation for more than 30 years and won more than 300 awards. The awards he won in recent years includes the "Distinguished Publishing Award of Hong Kong Publishing Biennial Awards" and "DFA Design for Asia Awards -World's Outstanding Chinese Designer" in 2021. 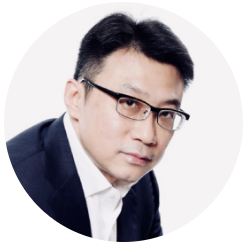 Member of the Strategic Emerging Industries Expert Group of National Development and Reform Commission, director of the Jury of "China Excellent Industrial Design Award" of Ministry of Industry and Information Technology. He has presided over or participated in the completion of 17 national-level projects such as the National 863 Plan, the National Science and Technology Support Plan and major projects of the National Development and Reform Commission, participated in national strategic planning and policy-related work such as "Made in China 2025" and the outline of the national "Thirteenth Five-Year Plan", as well as the formulation of 4 international and national standards; he also has 136 patents as an individual. 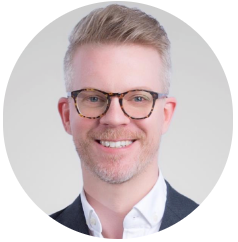 CEO of designAffairs in China, a leading design consulting agency in the world. Moritz has led a team of more than 50 innovators and provided excellent design and strategic consulting services for more than 40 Fortune 500 enterprises and start-ups, including Airbus, Porsche, BMW, HUAWEI, Mercedes-Benz, Bosch, Siemens, etc. His works have be granted multiple design awards such as Red Dot Design Award, iF Award and CES Innovations Design and Engineering Awards. 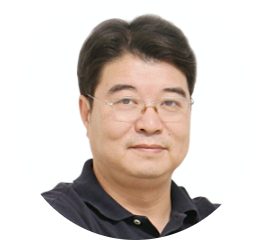 Professor and doctoral supervisor. Executive director of Zhejiang Industrial Design Technology Innovation Service Platform, member of Industrial Design Teaching Steering Committee of Ministry of Education. He has been engaged in the research of industrial design service, design industry and design management for a long time. Mr. Lu presided over more than 10 provincial and ministerial-level projects and more than 30 major industrial design technology and product development projects of enterprises, and assisted relevant government departments to complete the formulation of policies such as the 13th Five-Year Development Plan of Industrial Design Industry in Zhejiang Province. 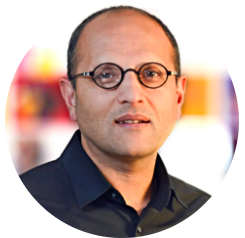 Designer, writer, educator and speaker. Aloke B. Nandi provides innovation, strategy and interaction design for many companies and institutions. His previous professional experience involves brand promotion and advertising (Procter&Gamble), film production, exhibition design and new media publishing (Castman - publisher of The Adventures of Tintin, and Groupe Flammarion), virtual reality/augmented reality, and event curation. Aloke B. Nandi is a lecturer and guest professor and a regular guest speaker at international conferences and events, including PechaKucha Tokyo and TEDx Flanders. In addition, he also launched the Brussels Pecha Kucha and Interactive Design Association (IxDA) Group in Brussels, and served as Chairman of the Board of Directors of Interactive Design Association (February 2018-February 2020), and issued the design manifesto on behalf of the organization. 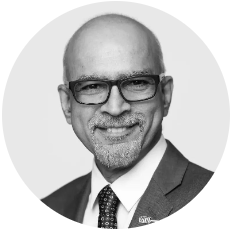 Senator and former president of the World Design Organization

With 30 years of working experience in Silicon Valley, the United States, Europe and India, Srini Srinivasan is a designer and entrepreneur with outstanding achievements in creative design and technology development. At present, Srini is one of the senators of WDO (World Design Organization, formerly ICSID), and had served as WDO Chairman until February 2022. Srini is also the founding chairman of the WDO Foundation and the chairman and CEO of LUMIUM DESIGN, Inc. He is a visiting professor of industrial design at Polytechnic University of Milan, Italy, and an adjunct professor of industrial design at International College of Design and Innovation, Tongji University and a member of the International Advisory Committee of the College. Srini has delivered keynote speeches on the theme of innovation and design at several design conferences around the world, and served as the chairman and member of the jury of several world-renowned design awards. 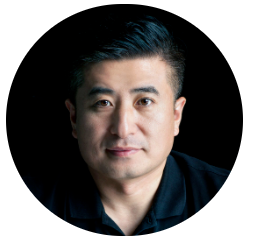 A famous automobile designer in China. After graduating from college in 1999, he worked for SAIC Volkswagen and presided over the design of some successful models such as Lavida. At present, he is responsible for the style design of Roewe and MG brands, pioneered the design language system of “Rhythm Design" in Roewe and "Emotional Dynamism Design" in MG, and led the design of many concept cars and mass-produced cars, such as Roewe RX5, Roewe Marvel X, brand-new MG5 and MG6, which have achieved great success. 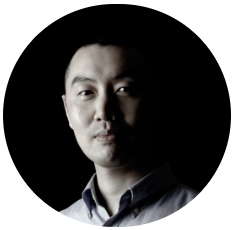 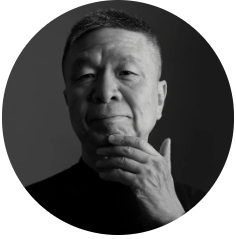 Professor of Guangzhou Academy of Fine Arts, vice president of Guangdong Industrial Design Association, and international judge of G-Mark Award of Japan from 2017 to 2021. He has been engaged in industrial design education, research and practice for nearly 40 years. In 2017, he put forward the concept of brand driven by design (BDD), and in early 2018, he initiated the establishment of BDDWATCH (Brand Driven by Design Watch) research platform to fully promote the development of design-driven startups. 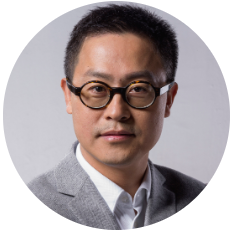 Professor, doctoral supervisor, vice president of Tsinghua (Qingdao) Academy of Arts and Science Innovation Research, director of Tsinghua Institute of Health and Medical Industry Design, secretary general of Design Teaching Steering Committee of Ministry of Education, vice chairman of ico-D. He focuses on interdisciplinary and cross-cultural design research and innovation practice, and has presided over many innovative design projects of products and services for national ministries and large enterprises at home and abroad. 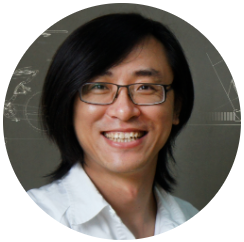 Dean, School of Industrial Design, Nanjing University of the Arts

Publication date of the list of experts for DIA 2022 nominations: